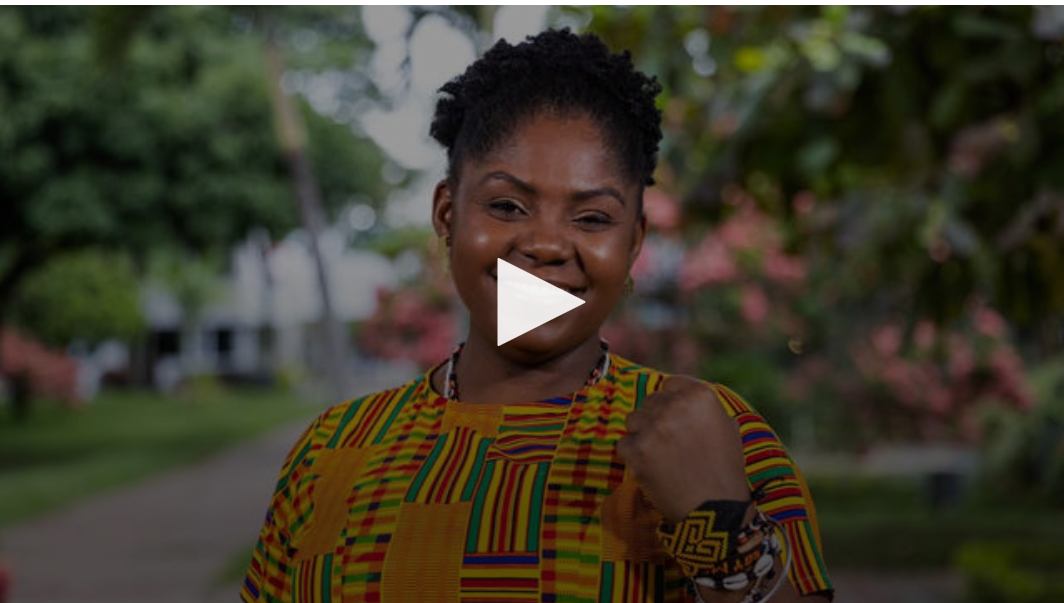 Following the historic victory in Colombia’s presidential election of former guerrilla member, former senator and former mayor of Bogotá Gustavo Petro and his running mate, the Afro-Colombian environmentalist Francia Márquez Mina, we feature interviews with each of the candidates on Democracy Now! Francia Márquez Mina is set to become Colombia’s first Black vice president. We spoke to her in March, when she was running for president. She later lost in the primary to Petro, who went on to choose her as his running mate. “We are giving impetus to the idea that in Colombia a new form of government is possible, governance that is built up from the Black, Indigenous and peasant peoples from the very different sectors of the community, LGBTIQ+, from the youth, from the women, from the small farmers of Colombia, those who have been no one — that is to say, who have never had a voice in the government,” says Márquez Mina.

Transcript
This is a rush transcript. Copy may not be in its final form.

Following the historic victory in Colombia’s presidential election of the former guerrilla M-19 member, former senator, former mayor of Bogotá, Gustavo Petro, and his running mate, the Afro-Colombian environmentalist Francia Márquez Mina, we turn to our interviews with them on Democracy Now!

FRANCIA MÁRQUEZ MINA: [translated] Well, I think that more than making history, we are giving impetus to the idea that in Colombia a new form of government is possible, governance that is built up from the Black, Indigenous and peasant peoples from the very different sectors of the community, LGBTIQ+, from the youth, from the women, from the small farmers of Colombia, those who have been no one — that is to say, who have never had a voice in the government, who have never had a voice in order to put forward our grievances as a people. And today we need to put forward the nobodies, the people who’ve never had a voice, to step into the state so that we can write our own history, a history that will make it possible to live with dignity, with justice, with equity, with equality, that would enable each and every one of us to turn the page of violence of the armed conflict and to pursue agenda of social justice.

AMY GOODMAN: If you can talk about what that social justice agenda would look like in Colombia?

FRANCIA MÁRQUEZ MINA: [translated] Well, I think the first thing is that this government has destroyed the possibility of living in peace. And today the most impoverished people, those who don’t have drinking water, basic sanitation, education, internet connectivity, are the people who once again are suffering the brunt of the violence and the armed conflict. It’s the social leaders who continue to be assassinated. The Constitutional Court has just recognized the unconstitutional state of affairs in terms of the failure of this government to implement the peace accords. So, this situation of armed conflict and abandonment in terms of no social investment, that needs to be brought to a halt. It’s not going to be brought to a halt by the privileged elites of white men who have historically governed our country. It’s the people who need to step forward to press their grievances.

And so it’s necessary to work in depth to achieve peace. This means a dialogue with all of the armed actors who continue putting our lives at risk, including those who are part of the Colombian state, the military forces, who continue to violate human rights. That means taking on the challenge we have as humankind today to bring a halt to the environmental crisis. And for that, we propose a transition from an extractive industries-based investment policy to sustainable energy and to having a system of economic production that puts life at the center. That is why I have been proposing a program of agroecological productive projects and with the idea of food sovereignty being the top issue. There’s more than 21 million people in Colombia who don’t eat enough, who go to bed hungry every night.

AMY GOODMAN: Francia Márquez Mina, when you announced your intention to run for president, you had just spent days consoling the mothers of five young Black men who had been targeted by paramilitaries and killed. Who were they? You tweeted at the time, “I want to be president of this country. I want our people to be free and dignified. I want our people to be able to freely exist in their cultural diversity, for our territories to become spaces of life and for our children to live without fear of being murdered.” Talk about what happened.

FRANCIA MÁRQUEZ MINA: [translated] I am a mother. I have two children. I had just bid farewell to my son, who is living in Boston. I had to get him out of Colombia in order to be able to go forward in this political path. And as a mother, I have felt the pain and the sadness of our country having to bury nephews and nieces of mine. I lost an 8-year-old niece, who was assassinated in a poor neighborhood of Cali. That is a history that is repeated day after day. Mothers go to work in the homes of other families, and they come home to bury their children. That is the history of our country. And in order to lighten the pain of these mothers who are burying their children in the poor neighborhoods every day, in the small villages, in the communities, is part of the challenge that we’re facing. And that means social justice. That means taking on the demilitarization of our society, the demilitarization of the country, because every day there are more people being killed in the streets. But that means we need to think about forms of economy that help improve the living conditions of people. That means lifting up life, and therefore we need to talk about distributing land and to women.

Well, in Colombia, the majority of the population is women. We are 52% of the population. Nonetheless, women are also experiencing femicide. Women are being assassinated in Colombia. Mothers who are leaders, well, when their children are subject to assassination and violence, well, it’s a way to hush them up so that they no longer demand their rights. Therefore, I think that this is a path of unity, embracing life, lifting up life, because we are tired of putting in more dead. We’re tired of having to bury our family members and seeing women, mothers, burying their children. That is not just. We deserve a more dignified nation, a nation in peace, a nation with social justice, and an antiracist nation.

Right now I’m here in the United States. And I know that the Black people here are assassinated, especially Black youth, in the same way as Black, impoverished Black youth, racialized impoverished Black youth, are assassinated in Colombia. Because of the color of our skin, they see us as criminals. But we are human beings. Our dignity must be respected and recognized. We are feminizing politics. We are deepening democracy in our country, because that’s not — then we’re giving more content to democracy. And when I announced that I wanted to be president of Colombia, people said, “Francia, you’re crazy, because you think that” — they can’t imagine it. They think that’s reserved for white men who are privileged elites. But today, those of us who are nobody, those of us who haven’t had a voice, those who have been historically silenced and subjected to violence, are standing up to say that we are going to go forward from resistance to power until dignity becomes something that our country becomes accustomed to.

AMY GOODMAN: Francia Márquez Mina will be the first Black vice president of Colombia. I interviewed her in March. You can see the full interview at democracynow.org.