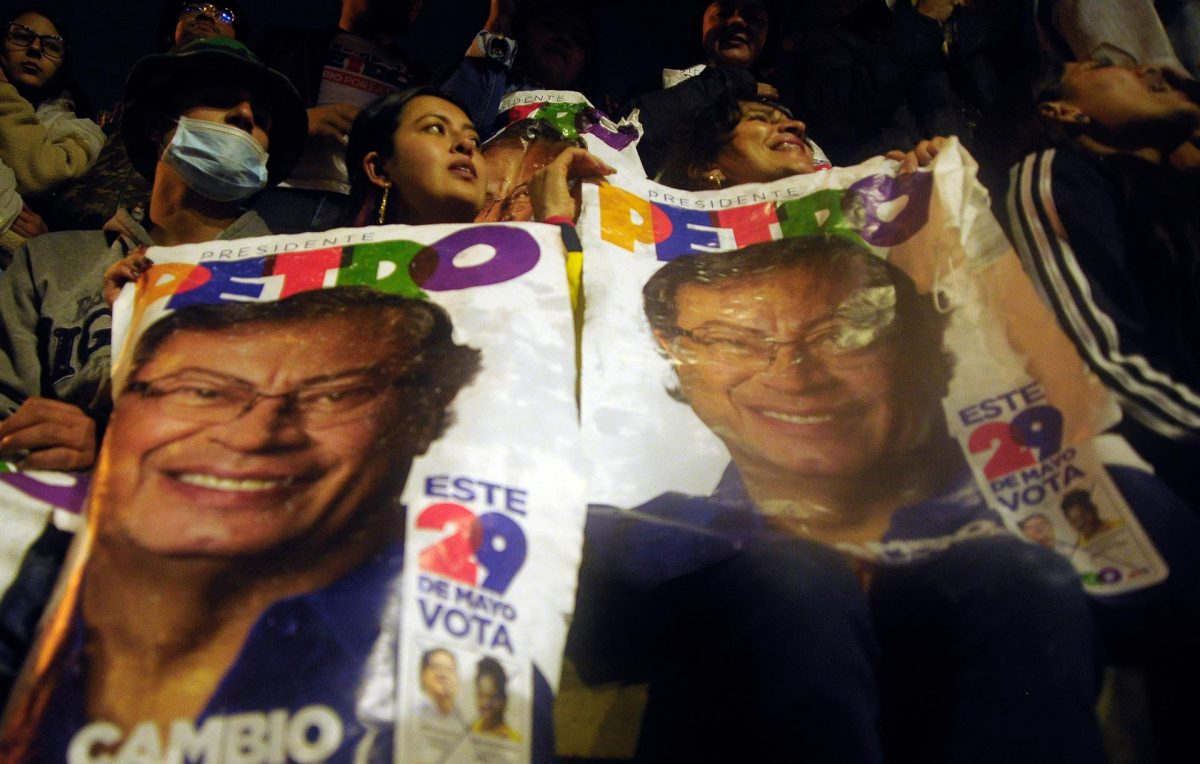 For the first time in Colombia's history a leftist candidate won the presidential elections. For the first time a black and working class woman (a miner and domestic worker) was elected vice-president. The Latin American continent never ceases to surprise us, and if surprises sometimes depress us, other times they fill us with hope. In this case, hope is decisive because the alternative, both in Colombia and on the continent, would be despair and the possible collapse of the already fragile democracy. It is therefore important to analyze the causes of this victory and what it means.

In a country of 49 million inhabitants, where a quarter of the voters are 28 years old or younger, the vast majority of young people voted for Gustavo Petro and Francia Marquez (especially those between the ages of 18 and 24). It is in the youth that the need for change is most alive. They were one of the main forces of the national mobilization that in 2021 stopped the country to demand an end to the neoliberal austerity policies. It was the famous Paro Nacional that resulted in 46 deaths in clashes with the police and the army. The non-conformist energy that the Paro generated was successfully channeled into these elections. Two factors contributed decisively to this: the persistent and competent use of social networks that seduced the TikTok generation and succeeded in dismantling the fraudulent, elitist, misogynist, and racist arguments of the right-wing candidate, while exposing the "skeletons in the closet" of many (including journalists) who supported him; the mobilization of artists and intellectuals who turned the election of Petro and Francia into an act of culture against barbarity.

The main structural reforms proposed by Petro and Francia are the following: to mobilize Colombian society as a caring society that recognizes and rewards women's care work; to establish a new relationship between society and nature that prioritizes the defense of life over economic interests, promoting energy transition and democratizing environmental knowledge; to move from an extractivist economy to a productive economy that reduces inequality in land ownership and use through agrarian reform, including access to and use of water, thus turning the Colombian countryside into a key player in social and environmental justice; to ensure compliance with the 2016 peace agreements by promoting a new social contract that guarantees fundamental rights, in particular the rights of the victims of the armed conflict, and encourages a policy of peaceful coexistence and reconciliation.

It is the first time on the continent that a feminist agenda centered on care has been given such priority. This is not middle-class feminism, so often falsely radical and politically mistaken (for example, in the case of the 2019 coup against Evo Morales), but rather black feminism aware of the multiplicity of oppressions (sexist, racist, classist) in the wake of Angela Davis. It is also the first time that the environmental agenda has taken such priority in a government program. In any of these cases these are not last-minute improvisations, but policies and convictions built up over years and tested in the practice of the previous political activity of both Petro and Francia.

These elections will have an impact on the continent. They will certainly contribute to strengthen the moment of sovereignty and autonomy vis-à-vis the USA that the continent is experiencing on the eve of the hardening of relations between the USA and China and the struggle for control of natural resources and international trade that will ensue. As of today, the Presidents of Mexico and Bolivia will feel less alone (and even rewarded) in their recent struggle against the farce of the last Summit of the Americas convened by the USA, with its usual unilateral exclusions. Moreover, Colombian democracy can contribute to disarming the anti-democratic coups that are brewing on the continent. It is comforting to see the losing candidate, who had claimed to be anti-system, rush to acknowledge the election results and congratulate the winning candidate. And the same can be said for current President Ivan Duque, with his phone call to Petro, calling him to meetings in the coming days to ensure a smooth and transparent transition. On the other hand, the elections in Colombia show the fragility of the anti-system right-wing candidates. Rodolfo Hernandez's obsession with corruption was only meant to hide that he himself was accused of corruption. Perhaps Bolsonaro's obsession with the possibility of electoral fraud is only intended to hide that the fraud is himself.

The real impact of these elections in Colombia will depend on many factors. For now, there is peace breathing again, which had not been the case since 2018. At the end of the month, the Colombian Truth Commission will deliver its final report. It will certainly be an important document with recommendations that the new political team will not fail to take into account.  It comes at a moment of hope and I am sure it will help to strengthen it and give it consistency. It will not be, as was feared, a counter-current document. It will be a document that will drive the current. Once the weight of the lead of war is buried, navigation will be lighter.