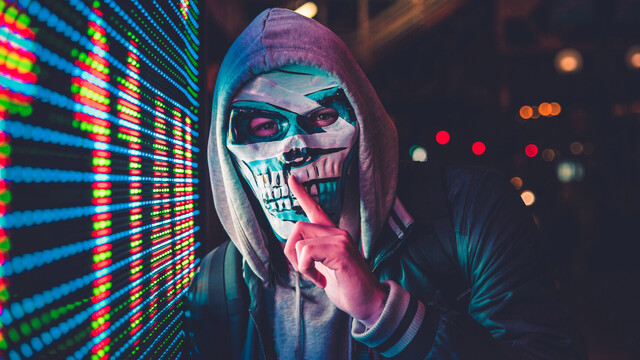 Information war: the aim is to prolong the war for as long as it serves the interests of those who promote it

The North Atlantic media axis is currently engaged in an unprecedented information war. During two different periods, while in the US, I have myself experienced such wars. The first, which I witnessed in its final crisis (1969-1971), occurred during the Vietnam War and culminated with the 1971 publication of the Pentagon Papers. The second was the War in Iraq (which started in 2003) and the weapons of mass destruction saga, a political hoax that led to numerous war crimes. But I have never witnessed this type of information warfare on European soil, at least not at this degree of magnitude. It is characterized by a relentless erosion of the distinction between facts and the manipulation of emotions and perceptions, between hypotheses or conjectures and unassailable truths.

In the case of the war in Ukraine in particular, manipulation is aimed at preventing public opinion and politicians from considering and making decisions on the only measure required at the present moment: to search for a lasting peace both in Ukraine and in the region and thus put an end to the suffering of Ukrainians, who are currently facing the same tragic fate as the Palestinians, Yemenis, Syrians, Saharawis and Afghans – though all these people remain concealed under a heavy silence. The aim of the information war is to prolong the war on the ground for as long as it serves the interests of those who promote it. Given this scenario, it is not easy to arm oneself with facts and historical experience because, from the point of view of the information war, to explain is to try to justify, to understand is to forgive, and to contextualize is to relativize. Even so, let me try.

Causes
In order to demonize your enemy it is crucial that you first dehumanize him, i.e. that you imagine him to have acted criminally and without provocation. Still, a firm and unconditional condemnation of the illegal invasion of Ukraine (a point on which I have been very clear since I first began addressing this issue) does not mean that you have to ignore how we got to this point. That is why I would recommend War with Russia?, a book published in 2019 by the late Stephen Cohen, a Princeton University professor emeritus. After an exceptionally thorough analysis of the relations between the US and Russia since the end of the Soviet Union and, with respect to Ukraine, since 2013 in particular, Stephen Cohen presents the following conclusion: “Proxy wars were a feature of the old Cold War, but usually small ones in what was called the ‘Third World’ – in Africa, for example – and they rarely involved many, if any, Soviet or American personnel, mostly only money and weapons. Today’s US-Russian proxy wars are different, located in the center of geopolitics and accompanied by too many American and Russian trainers, minders, and possibly fighters. Two have already erupted: in Georgia in 2008, where Russian forces fought a Georgian army financed, trained, and minded by American funds and personnel; and in Syria, where in February scores of Russians were killed by US-backed anti-Assad forces. Moscow did not retaliate, but it has pledged to do so if there is ‘a next time’ as there very well may be. If so, this would in effect be war directly between Russia and America. Meanwhile, the risk of a direct conflict continues to grow in Ukraine.” This is how, in 2019, the war that is now beleaguering the Ukrainian people was predicted.

Democracies and autocracies
In US parlance, the world is divided into democracies (us) and autocracies (them). Not many years ago, the divide was between democracies and dictatorships. Autocracy is a far looser word, and therefore it can be used to describe as autocratic a democratic government that is viewed as hostile, even if the hostility is not a defining feature of the system in question. Thus, for example, countries like Argentina and Bolivia were not invited to the Summit for Democracy, a virtual event hosted by President Biden in December 2021. Although the two countries had only recently gone through vibrant democratic processes, it is also a fact that as countries they tend not to be particularly amenable to US economic and geostrategic interests. In contrast, invitations were extended to three countries which the White House itself described as flawed democracies, countries where corruption is endemic and human rights are abused, but which are seen by the US as strategically important: the Philippines, because it opposes China’s influence; Pakistan, for its relevance in the fight against terrorism; and Ukraine, by reason of its resistance to Russian encroachment.

It is easy to see why there were misgivings in the case of Ukraine, because a few months earlier the Pandora Papers had provided details of companies held offshore by President Zelensky, his wife and associates. Now, however, Ukraine represents democracy’s struggle against Russia’s autocracy (which, at the domestic level, does not take a back seat to Ukraine in terms of corruption and human rights abuses). In this way, the concept of democracy is robbed of much of its political content and weaponized for purposes of promoting changes of government beneficial to US global interests.

Threats
According to experts from the OSCE (Organization for Security and Cooperation in Europe), in 2020, 40 percent of Ukraine’s military forces (totaling 102,000) were far-right paramilitary militias of 19 different nationalities, armed, financed and trained by the US, England, Canada, France and Switzerland. Since the war started, they have been joined by other combatants, some of them from the Middle East, and have received more weapons from all of the NATO countries. Europe is thus at risk of harboring a robust Nazi-jihadism in its midst, while having no guarantee that its actions will be confined to Ukraine. In a 1998 interview with the Nouvel Observateur, Zbigniew Brzezinski, President Carter’s national security adviser, said the following: “in 1979, we increased the probability of the USSR invading Afghanistan… and having its own Vietnam.” It would not surprise me if this move from the CIA playbook were now being applied in Ukraine.

Read in combination with the news (Reuters, April 12) that the Pentagon was to meet with the eight largest arms manufacturers to discuss the industry’s capacity to meet Ukraine’s needs “should the war with Russia last for years,” the recent statement by the NATO Secretary-General that the war in Ukraine “can last a long time, several months or even years” should have set off alarm bells among Europe’s political leaders, but it only seems to have made them embark on an arms race. The consequences of a second Russian Vietnam would be fatal both for Ukraine and Europe. Russia (which is part of Europe) will not be a threat to Europe unless Europe becomes an immense US military base. Therefore, the expansion of NATO is the real threat facing Europe.

Double standards
Turned into a mere sounding board for US strategic choices, the EU is advocating Ukraine’s right to join NATO as being the legitimate expression of universal (and also European, but no less universal for that) values. At the same time, the US has stepped up integration (see the US-Ukraine Strategic Defense Framework, signed on 31 August 2021), while denying that this move could be imminent. One wonders whether Europe’s leaders are aware that the recognition of Ukraine’s right to join a military pact is being denied to other countries by the US. If they are, it will make no difference, given the state of militaristic stupor in which they find themselves. Thus, for example, when the tiny Solomon Islands, in the Pacific Ocean, approved a preliminary security deal with China, in 2021, the US responded immediately and with alarm by sending senior security officials to the region in order to stop the “intensification of security competition in the Pacific.”

The truth comes too late
The information war is always based on a mixture of selective truths, half-truths and blatant lies (called false flags), organized with the purpose of justifying the military actions of those promoting it. I have no doubt that an information war is now being waged by both the Russian side and the American/Ukrainian side, even if, given the level of censorship that is being imposed on us, we know less about what is happening on the Russian side. Sooner or later the truth will emerge, the tragedy being that it will inevitably be too late. In this troubled beginning of a new century, we do have one advantage: the world has lost its innocence. Julian Assange, for example, is paying a heavy price for having helped us in this process. To those who have not given up thinking for themselves, I recommend the chapter entitled ‘Lying in Politics,’ in Hannah Arendt’s Crises of the Republic, published in 1971. With this brilliant reflection on the Pentagon Papers, Arendt offers exhaustive data on the Vietnam War (including many war crimes and many lies), gathered on the initiative of Robert McNamara, one of the main actors responsible for that war.

The question no one is asking
When armed conflicts take place in Africa or the Middle East, Europe’s leaders are the first to call for a cessation of hostilities and to declare the urgent need for peace negotiations. Why is it then that when it happens that a war occurs in Europe, the drums of war beat incessantly and not a single leader calls for them to be silenced and for the voice of peace to be heard?