«Politics is about feelings», writes David Redlawsk in the incipit of his edited book Feeling politics. To see somebody angry with the government rescuing financial institutions, someone fearful that his or her party will lose an election or, again, fearful of some alleged external enemy who would increase criminality, is to see people fill the political world with meaning. 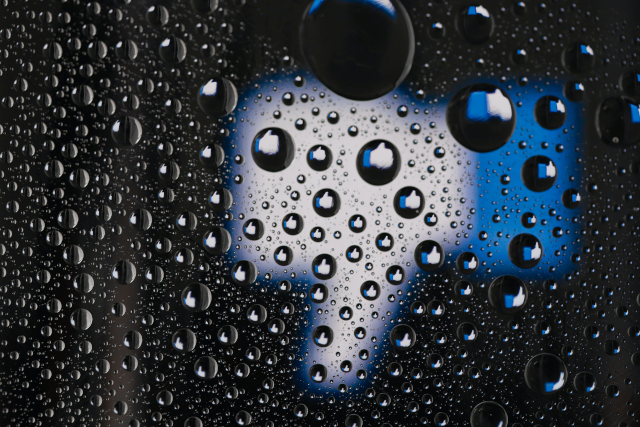 The questions come naturally: What are (if any) the feelings of populism? In what terms can we talk about “feeling populism”? Certainly, the scientific literature has primarily focused on the ideological, structural, discursive, and organizational aspects of populist parties. However it has to be acknowledged that the affective dimension is not new in the studies of populism. Proof of that, a direct connection between populism and an emotional appeal was established since the seminal work on populism edited by Ghița Ionescu and Ernest Gellner in 1969. In his contribution to that volume, Kenneth Minogue stated: “to understand the (populist) movement is to discover the feelings that move people”.

What is more, in recent literature it is not infrequent to find perspectives that argue that populism is based more on emotional dynamics than on rational considerations. Needless to say, it is not a question of giving emotions a primacy in political affairs, but rather of highlighting their relationship with human rationality, as well as their role in (the study of) populism. In this sense, the relationship between populism and the emotional dimension is particularly relevant, all the more that some leading scholars – think of Ernesto Laclau, Chantal Mouffe, and Yannis Stavrakakis to name just a few examples – point to the essential link between this form of doing politics and the emotional dimension. Laclau considers, for instance, that the “people” is shaped through an operation that belongs to the emotional realm. Besides that, also in the public debate it is common to connect the term populism to the widespread role of emotions: populism is often considered as an emotional discourse, driven by both verbal and non-verbal language, in which affect play a key role in the populist relationship between the leader and the citizens. In Laclauian terms, the shaping of the two social blocs, “the people” and “the elite”, is carried out through an investment of, respectively, positive and negative emotions.

So far so good. But, what emotions? Are there specific emotions connected to populism? Farmers’ and the lower middle class’s antipathy towards power elites in the XIX century has been acknowledged as a cause of the emergence of populism in North and Latin America. Similarly, the frustration produced by neoliberal policies over the last few decades is said to foster populist sentiment in Europe. Empirical research too has focused on a variegated set of emotions considered to be predictors of populist attitudes. In addition to structural factors, emotional dispositions have been included into the set of variables to take into account for the understanding of populism: “angry citizens seem to be more receptive to populist discourse” write Guillem Rico, Marc Guinjoan, Eva Anduiza.

Similarly, nostalgia has been defined as a major driver of populism. By defining populism as an illiberal reactionary ideology, Hans-Georg Betz and Carol Johnson argue that right-wing populism reflects a deep sense of nostalgia for the old days, being especially linked to nationalist attitudes. Understood in these terms, nostalgia has been framed as a “restorative” emotion, yearning for a lost past. And yet nostalgia can also be associated with left-wing populism, as it goes hand in hand with anti-establishment politics that target post-democratic and technocratic forces. Understood in this fashion, nostalgia is conceived as a “radical” and “reflexive” dynamic.

Still, anger, nostalgia, frustration, along with a myriad of other emotions, may obviously have different targets: the political, economic, and intellectual elites, but they can be also targeted towards immigrants and foreigners: the subjects blamed for contemporary problems vary depending on individual situations and collective tendencies, and depending on the geographical and temporal contexts.

These seem important questions, which have been the focus of an important bulk of research in recent years. While different are the diagnosis and the prognosis within the scientific literature, the impact of new technologies on political communication - and politics at large - is indeed considered as a game-changer by almost all analysts.

The digital space keeps an elective affinity with populism, insofar as this space favours the antagonistic logic of populism, and enables the deployment of affective dispositions: emotions, populism, and the digital space converge and shape together the current public sphere. Arguably, the digitalization of the public debate represents fertile ground for diffusion of all types of content, ideas, values, and of course emotions. Moreover, social media go hand in hand with a type of communication, which, quite intuitively, is built on immediacy, directness, affects and closeness. This to some extent debunks Rawls’ and Habermas’ idea of public reason. Rather, democratic politics – shaped by new technologies – is made of a mix of ethos, pathos and logos, as Paparachissi has pointed out. It is undoubtedly true that social media make it possible for marginalized voices to be heard. However the initial enthusiasm for social network has quickly turned into the disenchanted recognition of the limits of the new technologies for the public debate.

Indeed, while citizens are now protagonists in the creation of contents and opinions, in the digital debate what frequently prevails is the affective persuasion. Arguments are often made through stories, Twitter threads, photos, memes, personal experiences, and narratives with a marked emotional register. This triggers two phenomena. On the one hand, the creation of “affective communities”, where the public debate is often driven by contagion more than argumentation – going viral counts more than nuanced discussion. On the other hand, the formation of “echo chambers” where citizens interact in bubbles with those who already think alike.

If in the past not everything in politics could be attributed to the operation of reason, it’s equally true that not everything now can be ascribed to the pull of emotion – they always go hand in hand. However, it is hard to claim that the digitalization of the public sphere has made the public debate more ‘rational’. Thus, the elective affinity with digital technologies makes it easier for (populist) political performance to become central compared to nuanced deliberation. Against this background, the ‘bad manners’ that Benjamin Moffitt identifies as a stylistic essence of populist politicians acquire new centrality and foster the emotional dynamics in the division of the political realm into two opposing social blocs.

All in all, stressing the link between emotions and the digital space is essential for all those who want to approach populist politics. The way their link develops and constitutes the public sphere – this is my hypothesis – determines the positive or negative relationship between populism and liberal democratic processes.

Paolo Cossarini is Postdoctoral Researcher at the Department of Culture and Learning, Aalborg University (Denmark). He is co-editor of 'Populism and Passions. Democratic Legitimacy after Austerity' (2019), and 'The Impact of Populism on the European Institutions and Civil Society. Discourses, Practices, and Policies' (2021).