Some critical thinkers believe that the terms environmental justice and climate justice are no longer appropriate – by themselves at least – given the entangled patterns of insecurity, vulnerability, resilience and interdependence that characterise the global environmental crisis. After all, these concepts are inherently human-centric, but climate change, sea-level rise, the sixth mass extinction event and all the phenomena that compose the present crisis render the inseparability of human societies and the more-than-human world unquestionably clear. It might be argued, in fact, that this crisis is ultimately the result of the dominant Western belief in humanity’s separation from and dominion over nature; and of the exploitation of living beings and ecosystems that it continuously promotes. Climate change and biodiversity loss pose increasing threats to survival that cut across borders and species, demonstrating how all living beings are members of multispecies communities from the moment they are born. 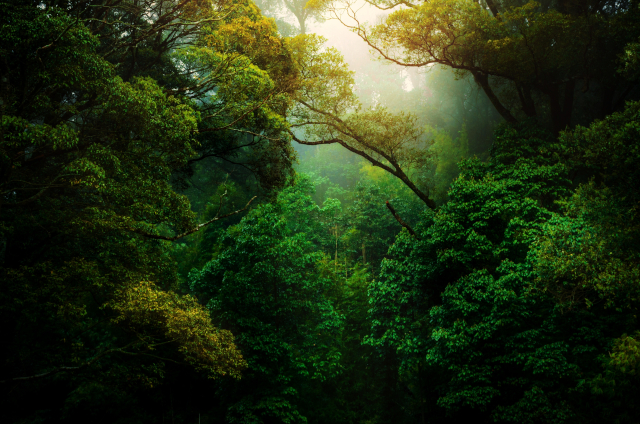 And yet, politics and International Relations, both as fields of knowledge and as systems of governance, have repeatedly excluded non-human beings from consideration. The world is presented as an international system divided in multiple political units – e.g. on local, national and international levels – constituted and governed by human beings; an image that places non-human nature in the realm of passivity and commodification. Since such an image of the world does not match the reality of profound entanglement between all life on Earth, more authors are now calling for an urgent restructuring of international politics and IR that eschews the dogma of anthropocentrism. The lasting legacy of Cartesian thinking, the nature/society binary, is directly challenged by the global environmental crisis. Both ancient and new ways of thinking and (inter)acting that recognise the interdependence of human and more-than-human beings are much needed; ways that can help build a politics for the Earth – and all its inhabitants.

In such context, an alternative framework for multispecies justice arises, just like some critical IR theorists suggest speaking of interspecies relations beyond just international relations, or of planet politics instead of state politics. These alternative frameworks seek to recognise how, in order to overcome the challenges brought about by the Anthropocene – a contested term in itself – human societies must reject the nature/society dualism once and for all; and create alternative pathways into the future that embrace all the living world in its multiple forms of (political) subjecthood, agency, voice, and active participation in socio-ecological and bio-cultural processes. Multispecies justice can thus be understood as an emerging research programme that, as stated by Mathias Thaler, aims to critically interrogate the present, paving the way for a systematic transformation of the status quo. It does this by advancing a counter-hegemonic idea about the kind of relationships that ought to be developed between human and non-human beings; and by being epistemologically based on “a view of knowledge that is receptive of, and in dialogue with, forms of knowledge production that have traditionally been marginalized in Western societies”. It therefore encourages a shift to non-Eurocentric ways of knowing the world and relating to it; and it intersects rather interestingly with the Epistemologies of the South.

Multispecies justice both enriches and goes beyond climate justice, as it rejects “the persistent silencing of voices belonging to multiple ‘others’” and questions and challenges “human exceptionalism and the violence it enacts, historically and in this era called the Anthropocene”. It recognises that identities and categories of difference (e.g. race, class, gender, age, ability, species, being), no matter how distinct they may be, intersect each other in mutually reinforcing systems of oppression and injustice; and thereby calls for inclusive and relational ontologies, ethics and politics that embrace both human and non-human beings and systems.

If one departs from this more holistic and complex understanding of the world as one that does not fit into what Stefania Barca calls the “master’s narrative of the Anthropocene”, a central question arises: what kind of political practices can be devised in order to attain multispecies justice in different cases, places and scales? In essence, this question is part of the challenge of how to build a politics for the Earth. Although this is not the space to answer properly, I would suggest that an essential political practice (one that has historically been overlooked in democratic political theory) is that of listening.

Indeed, listening is not the same as hearing; it implies the conscious decision to pay attention to the world around us and to its multiple, communicative beings; to engage with them, in their diverse and specific forms of subjecthood and agency. While speaking has mostly been depicted as an active mode of being, and listening (or “being spoken to”) as a passive mode, authors like Deborah Bird Rose contend that listening is also a very active exercise, for it requires an ongoing involvement and (inter)action with the world around us. When it comes to non-human beings, rejecting the power hierarchy that reifies speaking in opposition to listening may be crucial. It is also important, in fact, for the many human groups – e.g. Indigenous peoples; women; racial and ethnic minorities; the LGBTQ+ community – who are usually left out of the political stage too.

Both animal and plant species, and ecosystems or living entities such as rivers, forests and mountains, do not communicate through the same language as humans. But that does not mean that they do not communicate at all, or that it is impossible for humans to understand their different ways of communication – as Western science1 has increasingly been showing, and as Indigenous knowledge systems have known for a much longer time. Indeed, many local, Indigenous peoples throughout the world have always viewed themselves as deeply immersed in multispecies communities where human beings are seen as co-creators and co-participants. Rose’s statement that “the exercise of agency calls for both communication and attention; one is not so much an actor as an inter-actor or participant” is of central importance here.

I would argue, then, that long before the act of speaking, listening should be understood as an essential first step in politics and governance; as a political practice that can help us know the others with whom we are engaging, with whom we co-create and co-participate in this complex living Earth. Ultimately, encouraging the act of listening as a political practice in those circles where it has historically been absent is not just rejecting the nature/society binary, but also patriarchal and colonialist power structures that deny many human knowledge systems and ways of life who have been engaging with this practice for a long time. Multispecies justice does not seek to exclude the human; on the contrary, it seeks to deepen and expand the concept of justice so as to recognise all the beings (human and otherwise) who should be brought into the circle. Or, we might add, who are already part of it and have been rendered invisible by Western, hegemonic paradigms. By fundamentally rethinking notions of justice, subjecthood, participation, representation, agency and voice, it encourages a deconstruction of power structures and relations that stand at the fore of what Makere Stewart-Harawira identifies as the crisis of modernity; and it offers us a path to the future which might also be much better prepared to respond to the global environmental crisis.

Carlota Houart holds a bachelor’s degree in International Relations and a master’s degree in Peace, Security and Development Studies from the University of Coimbra, Portugal. She was a junior researcher at CES between 2018 and 2021, working on the project DeCode/M, and she is currently a PhD candidate at Wageningen University in the Netherlands, as part of the ERC-funded research project “Riverhood – Living Rivers and New Water Justice Movements”. During her time at Riverhood, Carlota will develop her PhD research on water governance through multispecies justice frameworks. Her current research interests include: International Relations and Political Theory; Critical Political Ecology; Rights of Nature; and Indigenous Knowledge Systems.