To undo the misrepresentation of women of color in global media, we need a historically grounded solidarity. 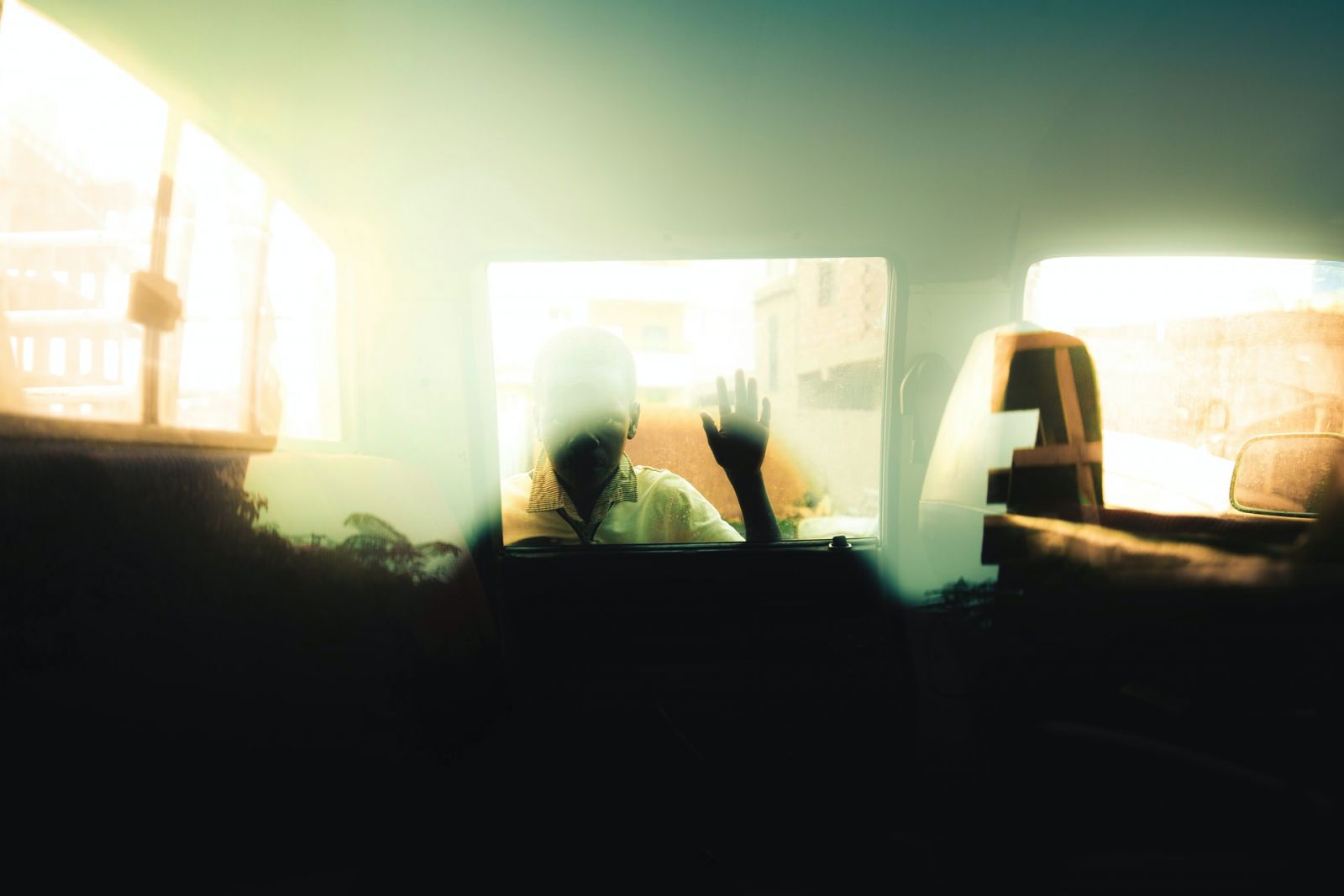 Photo by Abdulaziz Mohammed on Unsplash

Republished from the latest issue of menelique.

There is no doubt that a sensational story and a captivating image can win the day if one wants to send a very complicated political message to the world. In many disciplines, academics and journalists have relied on the power of the story and the image to explain a complex idea. In journalism, media reporting, and popular culture in particular, these stories and images can fall in the trap of sexism, racism, and other exclusionary politics.

Take for instance the powerful story and image of the young Sudanese woman, Alaa Salah, who became the icon of the recent youth uprising in Sudan. The uprising toppled the authoritarian regime of President Omar Hassan al-Bashir on April 11, 2019. Al-Bashir ruled the country for 30 years with strict conservative religious laws that led to more war and fragmentation.  One day before he was ousted, Alaa appeared in the New York Times’ fashion section wearing a Sudanese white-body wrap (Taub) and Nubian-style jewelry. She was surrounded by protesters taking snapshots from their smartphones as she recited a resistance poem from atop a standing vehicle. The image went viral in both national and international news media, dubbing her the Nubian queen (kandaka) of the revolution and presenting her as a youthful face of a new Sudan.

It is insincere to deny the power of Alaa’s story and image and the purpose they served at that particular moment. Her story came at a moment when the media was distracted by other major global events and many people had forgotten about Sudan after the separation of the South in July 2011.

Despite lack of international attention, however,  the youth of Sudan continued to protest in many parts of the country. Their protests culminated in the uprising that began on December 19, 2018 and continued until April 11, 2019. In fact, the protest is ongoing. Protesters hope to avoid the fate of October 1964 and April 1985 revolutions in Sudan, which have been co-opted by military coup d’états after short democratic periods. They also hope to avoid the co-optation of the Arab Spring movements in the Middle East and North Africa.

Therefore, it is fair to say that Alaa’s representation helped raise global awareness about the Sudanese uprising. However, it fails to answer important feminist questions: How are women, especially women from the global South, and women of color in the diaspora being represented in global media and in popular culture? And what are the pros and cons of such representations?

Feminists have long contested reductionist representations of women in nationalist and internationalist discourses and practices. That is, reducing women and their struggles to mere images, symbols, and stereotypes. Such images abound: women are often represented as beauty queens and as symbols of fertility. Other examples include images of half-naked native women on coins, brands, and art works. Women are also represented as monuments of freedom and liberation, as the image of Alaa obviously suggests. These images often mask women’s national and transnational struggles as workers, farmers, migrants, mothers, and professionals. They also fail to show how women are excluded from real representation in various public spheres.

No wonder Alaa herself was taken aback by the massive response to her image and the many kudos she received, such as being dubbed the gem of the revolution (iqaunat althawra). She said in one interview that there were other women who marched along with her and that there were martyrs who died for the cause of freedom. They should be treated as gems too.

Despite cheering for Alaa, Sudanese feminists also responded to her representation. Some felt uncomfortable with the invocation of the term Nubian queen (Kandaka). Although the term references their female ancestors’ glorious past—the history of the black Nubian queens who protected their polity from external incursions—it also overshadowed women’s past and present struggles. This is especially true in the post-colonial moment, where the past does not necessarily provide answers for present struggle, nor does it provide clear answers for the future aspirations of diverse groups of women.

Invoking the term Kandaka, therefore, may put women on a pedestal and continue to manipulate, silence, and distract them from their demands for equality and full participation in politics. For instance, during the negotiation process that led to the establishment of the current transitional post-revolutionary government in Sudan, only one woman was represented among the majority men negotiators. Moreover, few women were called upon to fill high level political posts afterwards. In fact, in the third ministerial reconfiguration announced in February 2021, women filled only four posts out of 25 ministerial offices.

Also missing from such representation is Sudanese women’s long history of fighting against oppression during both the colonial and postcolonial time and their successful struggles for the right to vote, to work in public, and to serve as parliamentarians. Furthermore, there is a genealogy of Sudanese women’s representation in global media that preceded Alaa’s snapshot image. For example, when the Darfur conflict took the media by storm, then-president George Bush employed stories of Darfurian women to make Darfur part of his political agendas.

French officials also championed the case of the Sudanese woman, Lubna al-Hussein, to mark the place of France in the world: a beacon of democracy and liberation and  supporter of the cause of “oppressed Muslim women” in Africa and the Middle East. Alas, the interest in veiled women’s oppression in Africa and the Middle East is championed without reference to the struggle of Muslim and other immigrant women in France and other Western countries.

Of course, this genealogy of liberal narratives disconnects women of color and diaspora women from their local and transnational histories of struggle. We still remember the sexist and racist representations of Muslim women during the Iraq war and after the horrible 911 attack in the United States, when Muslim women were, and still are, targeted because of their regalia.

Stereotypes and representations that exclude certain groups of people because of their gender, skin color, religion, or national affiliation have a deep history that goes back to colonial conquests and the enslavement and racialization of non-western people. These histories live today in new practices of racialization and othering that women of color have been fighting against nationally and internationally.

The recent Black Lives Matter (BLM) activism, for instance, is not but a response to this continuous racial representation that has been rearing its head in the US, and elsewhere, in the form of police brutality and other socio-economic violence against communities of color. The “#Say Her Name,” campaign launched in 2014 is an example of a powerful initiative led by women of color to include gender based-violence into the framework of the BLM movement and to bring attention to the increasing police violence against black women who are often represented as hyper-sexual, criminal, and lazy “welfare queens.”

Negative portrayal of a whole group of people using simplistic representations, images, and stereotypes adds to these exclusionary problems. Such representations are not new, and they continue to acquire new meanings according to changing political and historical circumstances.

For instance, Asian-American women in the US have been sexualized and racialized as exotic, docile, and subservient subjects for a long time. The current outbreak of COVID 19, however,  increased the visibility of and violence against Asian-Americans. Bodies of immigrants whether black, brown, or even of those considered “white-but-not-quite” Europeans have been subject to scrutiny and regulation and described as bodies “out of place,” often associated with disease, immorality, and unruly practices.

Today’s rising prejudiced representations mobilize global activists across different social boundaries and political borders to contest the impact of negative gender and racial stereotypes that continue to affect the lives of diasporas and recent immigrants in the US and elsewhere.

There is nothing wrong with global solidarity. It is much needed now and more than ever before. But what we also need is a serious focus on how to decolonize these misrepresentations, racial stories, and imageries. Let’s call them EEFO functional representations because they continue to float around, essentializing, exoticizing, fetishizing, and orientalizing women and people of color. These EEFOs still portray “the other” as someone living outside history.

To decolonize these functional representations, we first have to situate them in the political histories that enable their production. EEFO functional representations may raise awareness about conflict or oppression in one place like the case of Alaa; they may also deepen sexism, xenophobia, and racism as we saw in the case of immigrant and diaspora women in the US and Europe. The function of these EEFO representations is often exclusionary and deploys the long-lasting effect of colonial histories of subordination and oppression.

So, what is most needed is a historically grounded solidarity; solidarity that pays close attention to the struggle of women and people of color in different locations. Women of color, in particular, have long been fighting multiple forms of oppression. Paying attention to their intersecting local and global histories of struggle requires digging deep beneath the sensational narrative, the racial stereotype, and the powerful snapshot image.

About the Author
Amal Hassan Fadlalla, is associate professor of Anthropology at the University of Michigan.

Original Contents by Africa Is a Country