The challenge for the human rights movement is to take seriously potential conflicts with other emancipatory struggles. 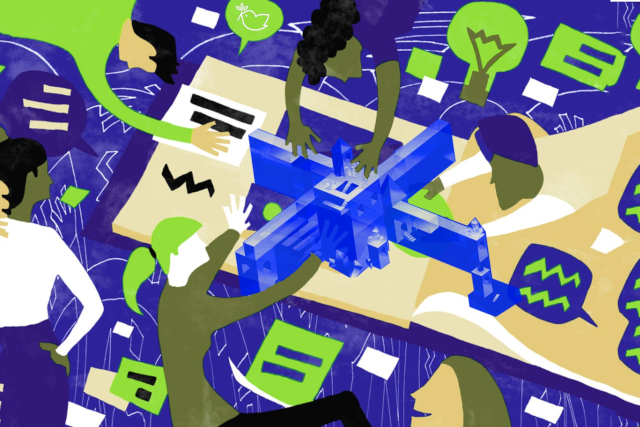 Human rights discourse does not provide the only or even the principal avenue of attempted political emancipation today. It has lost salience for many on the left, as new political discourses have emerged that do not necessarily rely on rights or even seek to incorporate them. Emancipatory political struggles today are as likely to sound in the registers of inequality, climate change, or corruption as in human rights.

Human rights advocates have responded to this shift in discourse in two ways. Some insist on the necessity, even centrality, of human rights as a means of responding to a broader range of issues that they readily acknowledge pose some of our greatest social justice challenges today. Thus, they call for an expansion of the human rights movement’s purview and tools – to make economic inequality a human rights issue, for instance, by using tax law and policy to achieve a better distribution of wealth and income.

Other advocates recognize the differences between human rights and other movements. But, rather than try to make human rights cover all social justice issues, they call for a “more in-depth form of collaboration that responds to the need to bring diverse knowledge and activism together in a way that is, to some extent, extraordinary,” as Martin Abregú, vice president of the Ford Foundation, stated in his explanation of the restructuring of the foundation that led to the elimination of its human rights division in 2017.

Whether by calling for expansion or collaboration, both of these responses tend to downplay the possibility that human rights law, discourse, or movements might reach different conclusions from – and even impede – other, more explicitly left-leaning, projects. Most obviously, many emancipatory projects invoke anti-capitalist analyses and anti-state responses. While those engaged in these projects might sometimes deploy human rights discourse, they do not generally depend on it for the more radical demands that they make.

Confronting the potential incommensurability of human rights and other struggles provides a needed opportunity to consider anew the political aims that human rights advocates hope to achieve.

The challenge, then, for the human rights movement (or movements) is to take seriously potential conflicts with some of these other emancipatory struggles, which often have embedded in them significant critiques of human rights that expansion or collaboration cannot mediate. Those involved in the struggles might not articulate (or even see) these critiques, precisely because the struggles are articulated in a different register. That they are in a different register is an important reminder that the world of activism does not revolve around, or even necessarily exist in relation to, human rights.

As human rights advocates and scholars, we need to let go of our preservationist instincts towards human rights in order to recognize and take these conflicts seriously. We need to relinquish our wariness that critique might, as Wendy Brown puts it, “kill off a progressive political project.” As I have written elsewhere, even critical human rights scholars and advocates  betray a fear that our own critiques – particularly if said too loudly or to the wrong audience – might destroy, or at least be perceived as destroying, the human rights project. In response, many temper their critiques or draw a line between advocacy and critique, out of concern that the latter might be damaging at worst, and unhelpful at best, to the former.

If emancipatory struggles are operating on new planes, we need to be willing to recognize and perhaps even move to those planes.

Confronting the potential incommensurability of human rights and other struggles provides a needed opportunity to consider anew the political aims that human rights advocates hope to achieve. Doing so will undoubtedly illuminate tensions among us. Some might double-down on the liberal roots of human rights and reject other emancipatory struggles as too anti-capitalist or communalist, or even as simply unattainable. But those of us who see ourselves on the left should listen carefully to the language and claims of those other struggles, including of those that we might have assimilated as human rights movements, in part by creating institutional space for their grievances. While some of those other movements might vernacularize human rights, perhaps even bringing with them a more radical conception of rights, we need to accept that human rights might not be central to their political projects. Indeed, they might be antithetical to them. That recognition should push us beyond an acceptance that human rights are often “part of the problem”; it should make us attentive to what we miss when we only listen for the human rights discourse in the articulation of substantive demands with which we agree.

If emancipatory struggles are operating on new planes, we need to be willing to recognize and perhaps even move to those planes. At the same time, the critics among us should not make those struggles immune from critique. As Gayatri Chakravorty Spivak insists, even in moments of liberation, the “productive unease of a persistent critique” should not be left behind.

This article is part of a series developed in partnership with the Miller Institute for Global Challenges and the Law at the University of California, Berkeley, School of Law. The series draws on contributions from scholars and practitioners who participated in the Institute's November 2020 Conference entitled “Human Rights at a Crossroads? A Time for Critical Reflection on the Human Rights Project."

Karen Engle is Minerva House Drysdale Regents Chair in Law and founder and co-director of the Bernard and Audre Rapoport Center for Human Rights and Justice at the University of Texas School of Law. She writes on the interaction between social movements and international human rights law.