en
Reflection
Anti-Capitalism
COVID-19: neoliberalism is not going down without a fight
Open Democracy
By Daniel Vargas-Gómez

The fight that lies ahead may be the toughest one yet, as the beast is most dangerous when mortally wounded. To our advantage however, the cards have already been laid out on the table. 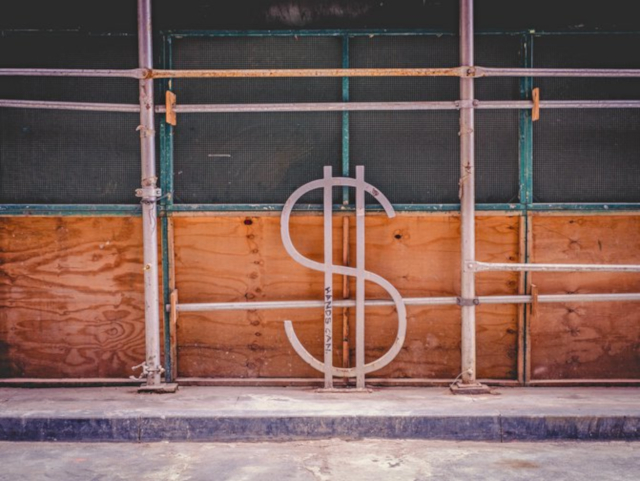 The Covid-19 pandemic has already led to unprecedented financial bailouts across developed economies. It has shown that centralized governmental responses to the pandemic resulted in far better health outcomes. As the healthcare crisis resides and the economic one dominates the conversation, the fragility of the economies built by neoliberalism in the past 40 years has become painfully clear.

Yes, neoliberal globalization is crashing hard. Despite the bailouts and the unorthodox policies of central banks the current world order seems to be coming to an end, but the battle is unlikely to be over and may be in fact entering its most contentious stage. It is still the case that the neoliberal beast has been wounded.

We can see this by taking a look at two of its core trends: the trend towards increased global outsourcing with the aim of producing goods cheaply, and the trend towards lower taxation, increasing privatizations and making governments compete to become more attractive destinations for global capital.

The end of ever more dispersed global supply chains
The past years had already challenged neoliberalism’s vision for global trade, with US tariffs becoming the center of a much larger discussion on a country’s ability to procure well-paid jobs to its citizens. Neoliberalism has never provided a satisfactory answer to this question, because free market ideology cannot reconcile with anything that impacts profit margins.

They had, in the past, been successful in dodging the conversation, but the current crisis has reopened it, due to the obvious need to have a reliable national production of protection equipment, testing, ventilators and other essential goods. The lack of stockpiles and capacity to produce these and many other goods in times of crisis will limit capital’s ability to outsource production to countries like China in the future.

The disruption of supply chains has been dramatic and is not confined to medical goods alone. It is impacting an array of industries which were entirely unprepared for a disruption of global trade. Take as an example the labor-intensive textile industry, decimated by lockdowns impacting everyone, from retailer stores to factories and even cotton producers.

The appetite for small government and lower taxes is gone
Corporations and the very wealthy know that the debt incurred by basically all governments across the globe, in order to keep their economies afloat, will force a conversation about repayment already in 2021.

Their usual recipe of austerity measures has hit a wall and is unlikely to be a welcomed option; even one of its starkest defenders, the IMF, no longer supports austerity and is today urging governments to increase spending.

The recent experience of Greece, whose debt not only didn’t decrease but actually ballooned as proportion of its GDP due to austerity, remains a vivid image for EU members as they try to agree on a collective response to the crisis. In the UK the Tories had already taken a step back from the austerity imposed in the David Cameron government, and are unlikely to go back to it any time soon. The Covid-19 crisis has on the contrary highlighted the importance of the NHS and of strong government programs.

In the US republicans had already proposed drastic cuts to the safety net before the pandemic, which received an unwelcoming reception by the public, to say the least. The much bigger cuts that would be needed this time around, given the size of the deficits generate by their own administration, seems politically unviable. Promising to reverse the tax cuts of the Trump administration is the safest political route for either party to take, amidst an election year.

What comes next
Despite the bailouts and the very unorthodox policies of central banks the battle is not over. Over 30 Million people have lost their jobs in the US. They are today the global center of the pandemic, based on the number of infected and the ripple effects that its economic contraction will have worldwide. The recent protests against lockdown measures and statewide lockdowns should not be taken as an afterthought product of marginal groups.

As has happened before, powerful interests, such as the Koch brothers, are using working class whites to generate unrest on their behalf. This is but the tip of the iceberg and merely a first reaction. Concretely, and based on previous downturns, we can expect three key strategies to be deployed by neoliberal elites to, not only regain control of economic policy, but also to ensure that the increasing popularity of progressive policies and movements is short lived.

First strategy: taking control of the narrative and public discourse
The dichotomy between economy and health was, since the beginning of the crisis, used by ideologues as a rhetorical tool to persuade the public about what was at stake. No serious economist backs such either/or perspective, without extensive caveats around it. Yet this framing of societal issues and of crises in particular is exemplar the way neoliberalism operates in the realm of public discourse.

The aftermath of the 2008 crisis was justified precisely in this manner: either we bailout the banks or we risk the middle class as a whole. Just like there was no validity to that framing then, there is also no validity to a logic that dictates that, we either reopen the economy or save the lives of 3-4% of the population. The stakes however are much higher today than in 2008 and neoliberal elites are fully aware of this.

They will attempt to take control of public discourse by strongly pushing a narrative of victimization, where business owners are presented as the main victims of the pandemic. Their purpose is to create an environment in which criticism towards bailouts amounts to hate of small business, which they always argue is the main engine of capitalist economies.

All of this distracting from the fact that the vast majority of businesses will never receive help from governments or central banks—specially as we step outside the developed world, the fiscal stimulus that governments of developing economies can muster is truly insignificant given the size of the downturn.

Second strategy: postpone CO2 emission cuts
While in the past the way to deal with debt repayment after a sizable downturn has been through austerity, this time around Neoliberal elites know that such approach could generate immense backlash. More importantly they fear that austerity may throw the global economy into a lost decade, as was the case for much of the EU after the 2008 crisis. It is for this reason that this time around their political influence is likely to be aimed against all efforts to reduce carbon emissions, specifically governmental initiatives in line with what has been popularized as The Green New Deal in the US and elsewhere.

The extremely quick measures taken to save airlines, which are heavy polluters, without any attention emission reductions attached, is an eye-opening example of what we can expect. Heavy polluters cry wolf, warning about massive layoffs unless no-strings attached bailouts are handed to them.

Yet, it is the collapse of oil prices what neoliberal elites see as a stronger case for their business as usual mentality. Warnings about mounting job losses as well as of the likely bankruptcy of many shale oil and tar sand projects are being used to demand a complete halt to emission reduction goals.

The point is not so much to try to save the sector, but rather to suggest that, in order for the job losses to be absorbed by the economy then emissions and even environmental regulations at large need to be rolled back. Regulations, they argue, choke innovation and affect smaller companies more than they do larger ones. Their efforts have already succeeded in the US. So, instead of further bailouts and direct help to workers, they will insist that the market can and should be allowed to resolve the situation.

Third strategy: a complete divorce of economy and democracy
After the fall of the Berlin wall, Fukuyama presented the triumph over the USSR as a victory of democracy and capitalism, rather than one of capitalism alone. Centre-left parties on both sides of the ocean readily embraced Neoliberal recipes of privatization and entrepreneurship not only for their own economies, but as medicines that would help the developing world grow and choose for democracy over authoritarian rule.

We rarely hear that narrative today, as the story of China, one where a communist party was able to build the most successful capitalist economy in history, has put all arguments about the marriage of democracy and capitalism to rest. While for the most part the uneasy marriage of the two terms had remained, the current crisis has presented an opportunity to leave it behind.

On the one hand, governments in Brazil, Hungary and Poland among others have used the current situation to grab more power and weaken any form of counterbalance from judicial or legislative branches. On the other hand, contact tracing and massive testing have opened the door for governments and companies to more strongly intervene on peoples’ privacy, which businesses know can open the door to a wealth of personal data.

More data on people’s behavior may even allow for automation to accelerate; companies like Amazon may be able to know enough about a person to entirely make routine purchases for them, completely automating order fulfilment, from stock volumes to warehouse logistics, as a result.

The fight that lies ahead may be the toughest one yet, as the beast is most dangerous when mortally wounded. To our advantage however, the cards have already been laid out on the table.