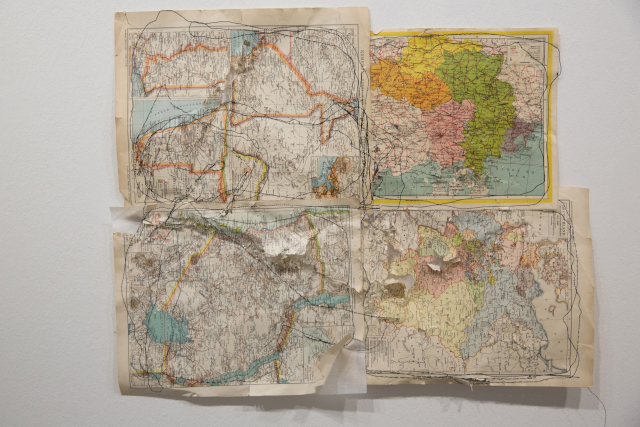 In Afrotopia, Felwine Sarr argues that “to be productive, African thought must have absolutely intellectual sovereignty”1. The author is a Senegalese economist and writer who recently became well known because he was invited by the French President Emmanuel Macron to write a report, with Bénédicte Savoy, The Restitution of African Cultural Heritage: Toward a new relational ethics. He is an expert on African intellectual production and museums in Africa. His argument is particularly appealing in the current context. Many African regimes are moving towards democratic change, increasing economic growth, and lower income inequality. Cultural production is becoming ever more intense and its diffusion ever more viral. All this is changing the way that Africa is represented, not least thanks to increasingly effective communication by a group of Africans committed to afropolitanism. The perception that Europeans have of African diasporas is also changing, particularly among younger generations who recognize in a very concrete and direct way the importance, pertinence and innovativeness of many members of these diasporas.

This phenomenon has important antecedents. We can immediately recall the key writers of the negritude movement: Aimé Césaire, Frantz Fanon and Amílcar Cabral, as well as Valentin Mudimbe and other African thinkers. Other non-African authors also spring to mind, like Edward Said, who initiated a body of writing that ranges from the moment of the liberation and independence of African peoples to more recent forms of post-colonialism. We could also highlight the work of authors such as Souleymane Bachir Diagne, Boulari-Yabara Amsat, Wassyla Tamzali and others.

But what does this intellectual sovereignty translate into today? How is it made, and what consequences will it have? It translates into the continued work of decolonization and criticism of the neoliberal economic model, which, imported into Africa, has come to dominate all forms of global trade and production. It translates, too, into the ongoing project to decolonize the mind, so vital to Ngugi wa Thiong’o and Kwasi Wiredu. This project arose as a reaction and resistance to the imposition of languages and narratives by formerly colonial countries which erased national languages and led to an “Afropessimist” view of post-colonial Africa.

It translates, too, into how we recover, study and publish texts, oral traditions and cultural production
from the period before and during European colonizations. This is related to how ‘decolonizing’ groups in Latin America work. It translates, finally, into how African diasporas, particularly in Europe, are brought into and take ownership of an open and unfinished post-colonial process of which they must be the protagonists and the guardians.

In a text on the decolonization of knowledge, focussed on South Africa, that emerged from a series of lectures at the University of Witwatersrand in Johannesburg, Achille Mbembe asks:

‘Is ‘decolonization’ the same thing as ‘Africanization?’ He responds that ‘calls to “decolonize” are not new. Nor have they gone uncontested whenever they have been made. We all have in mind African postcolonial experiments in the 1960s and 1970s. Then, “to decolonize” was the same thing as “to Africanize.” To decolonize was part of a nation-building project.’

‘Fanon was extremely critical of the project of “Africanization.” His critique of “Africanization” (The Wreched of the Earth, chapter 3) was entirely political […] Fanon did not trust the African postcolonial middle class at all […] [it was] parasitic and above all lacking spiritual depth precisely because it had “totally assimilated colonialist thought in its most corrupt form.” […]
He did not believe that “nation-building” could be achieved by those he called “the national middle class” or the “national bourgeoisie” […] “Africanization” was above all an incentive for racism between different African countries, which for him was unacceptable. […] And because the objective target of “Africanization” was a fellow African from another nation, he saw in “Africanization” the name of an inverted racism – self-racism if you like. [His] trenchant critique [emerged] because of his conviction that very often, especially when the “wrong” social class is in charge, there is a shortcut from nationalism “to chauvinism, and finally to racism.”’

It is clear, then, that for Mbembe decolonization is not the same as Africanization. This moves us beyond orthodox pan-Africanism.

Decolonization is a process of deconstruction of knowledges and of an overwhelmingly European epistemology that has always had a universalist vocation, both in the Academy and in public space. It incorporates not only Africans living in Africa, but those in the diaspora, as well as Europeans who live in Europe or are immigrants in formerly colonized countries.

Felwine Sarr’s notion of intellectual sovereignty requires us not only to question inherited narratives
and terminologies, but to question concepts. It requires us to interrogate economics as a cultural 3
project, cooperation as a neo-colonial process, and mobility as a right of global citizenship.

The question of “conceptual decolonization”2 was intensively explored by philosophers like Kwasi Wiredu3 (from Ghana) and Valentin Mudimbe4 (from Congo). Kwasi Wiredo, for example, pushes forward this approach in elaborating categories along two vectors: false universals and those that can be translated. However, both reflect cultural specificities like reality, existence, entity, substance, liberty, etc…, all of which convey and influence our ways of thinking. This is not a question, therefore, of a merely linguistic exercise. This is demonstrated in the difficulties that older and more recent African authors have in translating – whether in terms of semantics when they write in more widely used languages, or whether in translations of national languages.

A final condition for intellectual sovereignty is mobility or, more concretely, mobilities. On the one hand, we can point to the fundamental importance of political openness towards the movement of people between African countries. On the other hand, the need for free movement between African and non- African countries, and the movement of exiles to countries of their or their ancestors’ origin, whether in Africa or Europe. But there is another mobility that has contributed greatly to the sovereignty and autonomy of intellectuals and artists, which emerges from the positive and emancipatory use of social media. With the historical backdrop of the Arab Springs, the circulation of ideas, texts and works through virtual means has grown considerably. It has translated into a significant dissemination of texts and creative products that move not only within continents, but among the diasporas of particular African countries. This has made it possible for authors and artists living in Europe to connect with the heritage of their roots and for residents of African countries to access the contemporary production of recent generations of “Afropolitans”. In this way they can read the essays on urbanism of Nafissatou Dia Diouf, the African utopias of Abdourahman Waberi, the fine writing of Léonora Milano, the stories of Kamel Daoud and many other texts of authors who have become intellectuals who are not only sovereign, but potentially universal.

António Pinto Ribeiro is a researcher at the Centre for Social Studies at the University of Coimbra, on the project MEMOIRS: Children of Empire and European Post-Memories (ERC Consolidator Grant, nº 648624) and a curator. Peut-on Décolonizer les Musées?, [Can we Decolonize Museums?] Ed. FCGdelegation in France, 2019, is his latest work.

MEMOIRS is funded by the European Research Council (ERC) under the European Union’s Horizon 2020 research and innovation programme (no. 648624) and is hosted at the Centre for Social Studies (CES), University of Coimbra.