For Thierry Meyssan, Boris Johnson’s policy is in perfect continuity with British history. If we refer to the writings of the British Prime Minister and not to her campaign remarks, she is much more guided by the danger felt at the birth of a continental supranational state than by a desire for economic independence. 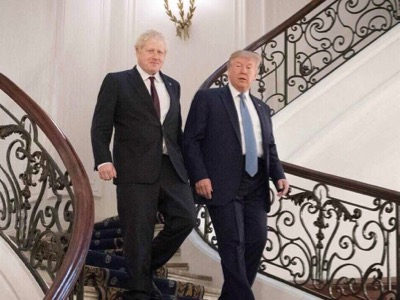 During the dissolution of the USSR, France and Germany tried to maintain their place in the world by solving the problem of their size against the US giant. They decided to reunify the two Germanys and to merge together in a supranational state: the European Union. Armed with their experiences of inter-state cooperation, they thought it possible to build this supranational state despite Secretary of State James Baker’s dictate of forced enlargement to the East.

During the debates on the Maastricht Treaty, the Gaullists opposed "European supranationalism" to "sovereignism". They equated the national framework with democracy and the European scale with the bureaucracy. On the contrary, President François Mitterrand and Chancellor Helmut Kohl, to overcome their resistance, began by confusing democratic sovereignty (only the people are sovereign) and nationalist sovereignty (the nation is the only known framework for exercising democratic power). Then, they assimilated all forms of "sovereignism" to "chauvinism" (the fact of considering everything that is national excellent and despising all that is foreign).

This Treaty was adopted and transformed a system of inter-state cooperation (the European Economic Community) into a supranational state (the EU), even though there was still no "European nation".

History is rewritten both to equate nationalism with war and to erase the traces of anti-Russian chauvinist politics. France and Germany created a binational television channel, Arte, whose programs were to present Nazism and Sovietism as two totalitarian regimes produced by the same nationalism. German nationalism was confused with Nazi racialism (although it is incompatible with the Germanic national idea based on language and not on race). And the traces of Soviet efforts to seal an anti-Nazi alliance were erased. In this way, the significance of the Munich Agreement and the Molotov-Ribbentrop Pact was changed [1].

Thirty years later, institutions designed at 6 and developed at 12 were unmanageable at 28 as the US had anticipated. The European Union has become an economic giant, but there is still no European nation. The peoples of Europe have largely lost their democratic sovereignty, and their states have lost their national sovereignty, but there is still no common political ambition.

The myth according to which "the EU is peace" won it the 2012 Nobel Peace Prize, but

France and Germany wrongly believed that, with the passage of time, historical British particularism would dissolve in the supranational state. This was forgetting that the United Kingdom is not an egalitarian Republic, but a class parliamentary monarchy.

Due to the remnants of its colonial empire in Western Europe, the United Kingdom has never been able to join the Franco-German supranational state project. It refused whole swathes of the Maastricht Treaty including its supranational currency, the euro. Its internal logic urged it to strengthen its alliance with the United States, where it shared the same culture as some of the elites. It seemed to it more effective to maintain its influence in the world by relying on the military force of Washington, rather than on the economic strength of Brussels. That is why in 2000, the Bush administration considered including the United Kingdom in NAFTA and organizing its exit from the EU [4].

The fact is that the British Parliament has never chosen between the two sides of the Atlantic. It was not until the 2016 referendum that the people decided by choosing Brexit. But the possible UK exit from the EU has once again opened up a plague that had been forgotten. The creation of a customs border between the two Irelands calls into question the Irish peace agreement (known as the "Good Friday Agreement") between the Republic of Ireland and the United Kingdom. However, this one was conceived not to solve the problem, but to freeze it (by resorting to the religious principle of the consociatio).

The British political system is based on bipolarity. It physically joins the benches of the House of Commons, where the deputies are sitting face to face and not in a hemicycle. Brexit raises two existential questions: whether or not to belong to the EU and whether or not to maintain colonization in Northern Ireland. Everyone has seen in the last three years that the House could not achieve a majority on any of the four possible options. This situation has seriously affected the British economy. According to a confidential report from Coalition, bank commissions are earned less and less in London and now more and more on Wall Street. British financial supremacy has been declining since 2008 and is falling apart.

The British political system is pragmatic. It has never been thought of as such and has never been written. It is the result of a thousand years of confrontations and power struggles. According to the current state of the constitutional tradition, the monarch has power only when the survival of the nation is at stake [5]. That is why the Queen decided to suspend ("extend") Parliament to allow her Prime Minister to unblock the situation. Normally, the Queen has the right to suspend Parliament only for technical reasons (an election for example) and especially not to put democracy in parentheses.

It is very interesting to observe the emotion provoked in the United Kingdom by the Queen’s decision. All those who opposed Brexit realize that they spent three years in sterile discussions and reached the limit of democracy. Some, including on the European continent, discover with astonishment that democracy presupposes the equality of all citizens and is therefore incompatible with what remains of a class monarchy.

This misunderstanding itself refers to the creation of European authorities on the model imagined by Winston Churchill. It has never been the case for him to unite democracies or to create a democratic supranational state, but to prevent the existence of a hegemonic power on the European continent. That is to say, at the same time to prevent Germany from rising and facing the Soviet Union [6]. Contrary to the slogans he admirably handled, it was not in opposition to the communist model, but to pursue the policy he had led during the Second World War: to weaken the two main continental powers, Germany and Europe. USSR, which he left alone to fight against each other from June 1941 to September 1943 without intervention of any British army, including colonies.

It is therefore not surprising that François Mitterrand, who participated alongside Winston Churchill in the founding congress of The Hague in 1948, did not worry about the democratic deficit of the supranational state that he imagined with Helmut Kohl during the dissolution of the USSR. 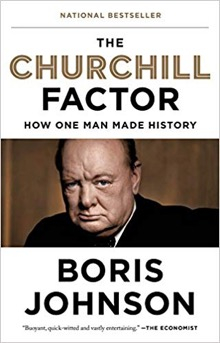 Boris Johnson is a pure product of Eton College, although partially raised in the United States (in 1996, he renounced US nationality to stand for election in the House of Commons). He is a disciple of the two great figures of the British Empire. First of Benjamin Disraeli, the Prime Minister of Queen Victoria. He borrowed his concept of "Conservatism One Nation": wealth confers social responsibility; the elite (upper class) has the duty to give work to the poor classes so that everyone stays in their place. Next of Winston Churchill to whom he devoted a book [7].

Theresa May had successively considered three different tracks to compensate for the exit of the EU: become the agent of exchange of the Chinese yuan in the West, strengthen the "special relationship" with Washington [8], and revive the Commonwealth (Global Britain). Boris Johnson, meanwhile, is in the continuity of his models by focusing on "special relations" with the United States and throwing himself into the arms of President Trump during the G7 although he does not share his views, neither in economics, nor in international politics. It is also logical that he had brazenly lied against Russia in the Skripal case [9] and that he not only wanted the British withdrawal from the EU whatever the price, but sabotaged this supranational continental adventure.

If Boris Johnson were to remain Prime Minister, the international policy of the "Perfide Albion" would be to advise Washington and to inflate conflicts between Brussels and Moscow.