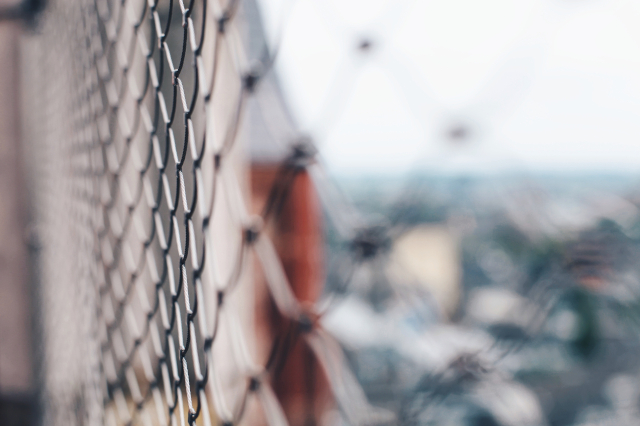 We live in an age of mobility: people travel across states and continents, commute between regions and spend weekends in different countries. “Places, technologies and gates” are being developed to enhance people’s mobilities by making their travel experiences better, faster and more comfortable. At the same time, other places, technologies and gates are being developed to monitor movements and impose temporary immobilities on other people. These ‘others’ include third country nationals, refugees and asylum seekers whose experiences of travel and mobility have become subject to ‘borderization’.  Borderization is a process of multiplying symbolic and physical borders that targets particular categories of people and applies gates and technologies to render certain places impassable. What makes this process defining for our times, according to Mbembe, is that borderization is activated in the name of security to the detriment of freedom. Its agents are not interested in life trajectories of concrete people, since borderization aims to control movements of entire groups of people. For this, gates and places are created where peoples’ lives and identities get scrutinised in order to  become either legitimated or deemed contemptible. In those places of immobilities, people are treated as if they were masses (not even bodies, says Mbembe) devoid of agency. In places of immobilities, human rights get suspended. Mass-media have reported gross violation of basic human rights in detention camps and asylum centres: children get separated from their parents, kept in isolation with limited access to water or medical assistance.

Borderization effects stretch far beyond controlling people’s physical ability to move from one geo-graphical place to another for the sake of security. This process brings people’s social aspirations to a halt, thus marginalising the disempowered groups - the others - socioeconomically. As Nancy Fraser puts it, marginal groups end up being culturally mis-recognised and economically discrimi-nated, where neither of the conditions is ‘an indirect effect of the other, but…both are primary and co-original’. In this way, security of some members of society becomes a condition of (re)producing social injustice for the others. Paradoxically, in the age of borderless Europe and globally connected world, new types of borders are being implemented to keep certain groups of people at bay.

Language, or rather discourse (as we want to highlight its societal power), has a very significant role to play in the process of borderization. Firstly, it is used as a categorisation tool: through it, discur-sive categories of ‘others’ are created, reproduced and consolidated. Legal discourses may change the course of people’s lives depending on whether they are classified as asylum seekers or illegal migrants; as refugees or labour migrants; as victims of human trafficking or child terrorists, etc. Fitting into a particular discursive category may translate into a difference between being entitled to subsidies, medical treatments, certain occupations, training and housing or having no right to any of those things, having to live on the streets, or being deported.

Secondly, language acts as a verification tool: asylum seekers and migrants, themselves or with the help of translators/interpreters/legal representatives, are expected to appeal to government officers by telling their stories in a procedure whose format was created by government agencies, in a way that would fit the veracity and credibility criteria designed by those institutional actors, and in a lan-guage that is often is not their first. In this unfamiliar and unsympathetic environment, asylum seekers have to be able to translate their oftentimes traumatic experiences in a coherent, logical and rational manner. Yet we have to understand that these criteria and procedures (technologies and gates, in Urry’s terms) are as rigorous as they are culturally and context-sensitive. More important-ly, they lack transparency nor are they open to public scrutiny. As a result, assessment procedures and criteria perpetuate the cultural misrecognition of the others, thus marginalising them even further.

Above all, language acts as a meaning-making tool. The others, in the name of security and social mobility, are expected to make sense of their new space in the official languages of that country. Politicians in general, and populists and far-right politicians especially, use this argument ever so often. We do not have to look far for an example: last week In his passionate speech to the Tory party members, Boris Johnson pledged to make all immigrants to learn English. People who share this view continue to see every attempt to speak home languages with suspicion, meaning that ‘well-integrated’ immigrants had better shed their languages altogether. Were the newcomers to fail to learn the language quickly or to speak it with an accent, they are presented as not trying well enough. Numerous studies that show that success in language learning depends on a multitude of factors that often lie outside of the learner’s  control (e.g. age, race, gender, class, religion, prior education, socioeconomic status, socialisation patterns - and sheer luck, adds Piller) are ignored or disregarded.

So how the marginalised others can become empowered to have a better share of society’s symbolic resources? A political philosopher Nancy Fraser proposes affirmative and transformative actions, where the affirmative action has to do with recognising the uniqueness and rights of marginalised groups to a more equitable distribution, whereas the transformative one envisions a deconstruction of identities of the stigmatised. Drawing on Fraser’s transformative approach, a South African sociolinguist Christopher Stroud called for a comprehensive political stance on language. He coined a concept of ‘linguistic citizenship’ that “relocates language into the people’s real social, geo-graphical and emotional space and time”. Its central argument consists in the full commitment to democratic participation, with an emphasis on cultural and political voice of the disempowered groups and grassroots activity. Linguistic citizenship means considering the whole complexity and unpredictability of linguistic practices - including mixed, low-status and transgressive ones - as rele-vant to socioeconomic well-being and containing a potential for transformation and empowerment. As it calls for recognition and engagement with the linguistic diversity in its connection with the political voice, linguistic citizenship represents a de-colonial concept that can be instrumental in revers-ing or weakening borderization effects on people’s lives and identities.

Olga Solovova is a member of the Humanities, Migrations and Peace Studies Research Group, holds a PhD in Modern Languages and Literatures (Sociolinguistics), awarded in 2014 by the School of Arts and Humanities, University of Coimbra. At CES, Olga Solovova co-coordinates, together with Dr Maria José Carvalho (North-South Library), the organisation and implementation of the 3rd annual series of advanced training workshops "Publish do not Perish: Survive the Stampede" designed for early career researchers. Solovova is also the scientific consultant for the ongoing national project "(De)Othering: Deconstructing Risk and Otherness in the Media", coordinated by Dr Gaia Giuliani and Dr Sílvia Roque. Solovova is currently a Marie Sklodowska-Curie postdoctoral research fellow at the Centre for Multilingualism in Society across the Lifespan (MultiLing) at the University of Oslo, Norway, with the project on the role of Russian language in the multilingual economy of the borderland region between Norway, Russia and Finland. Olga Solovova's research interests include language ideologies and policies, the discursive construction of cultural identity in multilingual societies, multilingual and biliterate literacy practices, and semiotic approaches to the social construction of space.