In many regards, looking is not a neutral action. Those who look are indeed subjects that, in the act of looking, are also impressed by what they see and interpret it accordingly. When looking, they connect their past visual and cognitive experience to what they see and, in the process, select some details over others, focus on a few less and, consequently, neglect many others. The positionality we occupy affects our individual and collective experience of seeing. Much as in the case of visual accounts of past experience as in the case of visual texts, the way in which we interpret what we see is necessarily influenced by many factors, personal and emotional ones included. However, our interpretation is also overdetermined by social scripts, which through iteration, as John Tagg e Judith Butler have pointed out, produce truth.In the case here examined, those who look are interpellated to do so, hence exert the “right to look” (Nicholas Mirzoeff: The Right to Look).

As elaborated by Nicholas Mirzoeff, the right to look encompasses both the right to look and the right to identify ourselves in what we see by means of self-representation. Take the Odyssey as an example. For decades, students have been taught to read the story of Ulysses through the eye of literary experts, whose visual codes have imposed upon us how to understand Ulysses’ role in the past and present. Such codes have accordingly restrained our interpretation of the mythic journey of Ulysses within a normative grid, which invited readers to identify with the hero Ulysses and accept the meaning of love, passion, sexuality, marriage as well as loyalty of soldiers, sons and wives to their master cum patriarch that the myth was providing.

From this perspective, what strikes most in the cinematographic rendition of the current migratory question – of the mobility of the new Ulysses – is the complete reversal of the theme of the journey. Whereas in the Odyssey Ulysses’ travelling stands for reconciliation and consolidation of society as funded on loyalty, in the filmic representation of new Ulysses(es) crossing the Mediterranean Sea, travelling becomes the chronotope of the subversion of the status quo. Albeit, like Ulysses, migrants too fight to reach a land where their dreams could somehow become true, they are seen neither as real heroes nor as fearless leaders.

The positionality of the object whom is looked at is here diriment. The gap between the reading of the journey of Ulysses (with whom we are invited to identify with) and the reading of the Middle Passage of postcolonial subalterns across the Mediterranean (with whom we are strongly invited to not identify with) perfectly renders the historical and semiotic distance that exists between the conceptualisation of traveling as experience and return and the reading of traveling as misery and invasion. Historically, the mobility of colonial subaltern and likewise minoritised subjects has always been considered “dangerous.” Because they embody the possibility of subverting the material and symbolic order of the status quo, their mobility has accordingly functioned as a as a trigger of moral panic.

From the vagabond running away from social control and harsh work discipline in the early modern Europe, to the runaway of the plantation, to the quilombolxs, to the women transgressing the strict boundaries of patriarchy and marriage, to the underclass escaping from the poor houses; from the mutinies in the slave ships to the subaltern struggles defying colonial and racial hierarchies, from the violation of spatial and symbolic segregation to the escape of queer and transgender persons from dangerous and claustrophobic places in cities and towns, from the emancipation seeking migration within and without the First World to the flight from the dangers of the ex-colonies.

All these instances recount how the border had not only obstructed passage to all those subjects who, because of their gender, race, class and sexuality, were made vulnerable to violence and death but also symbolically “constructed” them as dangerous, risky subjects. In other words, the aforesaid examples demonstrate how the border, by establishing who could pass and who could not unless under specific conditions, identified the latter as “figures of the race” (Giuliani 2016a e 2016b), – that is, potential subverters of the social, moral, political and economic status quo.

For “figures of the race”, I mean all those images that crystallise some of the meanings used to gender and racialise colonial and postcolonial bodies which, by virtue of circulating across empires and over time, have sedimented into variety of collective imaginaries. These figures have been used to describe racialized subjects and racialize those “subjected to the violence and barbarism of all forms of primitive accumulation, with its repertoire of mass murder and even genocide, kidnap and forced migration, concentration camps, torture and the whole panoply of state crime”.

Contrary to the Odyssey, where monstrosity refers to the malefic agents obstructing Ulysses’ passage, in the hegemonic representation of the current human mobility across the Mediterranean by postcolonial and social subalterns, monstrosity refers to subaltern subjects themselves. In the latter case, we are not invited to identify with the traveller. Rather, we are exhorted to keep an ontological distance from the subject who is at the same time at risk and of risk – that its, a subject who is simultaneously victim of violence (which is both at the origin of the journey and an experience ingrained in the journey) and a criminal violating the border security of European countries. In the films telling the stories of our contemporary Ulysses(es), the hero is the subject who looks at (and does not experience) the Middle passage, whose positionality is accordingly revealed as being essentially oppositional to the one’s embodied by those who come from across the sea. Furthermore, the representation of the Other who come from across the sea carries out a function which is the same as but also the opposite of that played by the mythic Ulysses. I would call this function identification by contrast, that is the possibility for those “who look” to define who they are or would like to be against whom is not “like them”

This short intervention, which I am currently developing with Francesco Vacchiano  in a full-length article for a special journal issue on Italian post-colonial cinema [“Il senso degli italiani (e degli europei) per l’Altrx che vien dal mare. Cinema, bianchezza e Middle passage” in Imago, 2019], represents an invite to observe with a critical eye our own positionality when we look at today migratory phenomena in general, and those taking place in the Mediterranean in particular. Specifically, it aims to solicit a critical understanding of the stories, biopolitical dispositifs and power relations that unravel in the Middle passage and that are described in the contemporary cinematic representations of mobility and landings. It is an invite for the white and European audience to reflect on what they are looking at and why and question the emotions this gaze engenders: compassion in primis. As in the case of the film Fuocoammare (2016)  by Francesco Rosi, where compassion is perfectly deployed to excite our humanitarian look, this emotion cannot be completely dissociated from the moral panic triggered by the constructed monstrosity of the migrant.

The monster is created by the horror we are filled in when looking at the spectacle of border crossing, where the physical and symbolic border which is crossed is the one that distances the Global North from that colonial and postcolonial violence that is pretended to be located over the abyssal line(s). In fact, these are the lines that delimit the symbolic and material space of the hic sunt leones. They are constantly transgressed by the autonomous and radical mobility of the subaltern subjects, which in doing so troubles the biopolitical spatiality of neo-liberal and post-colonial capitalism. 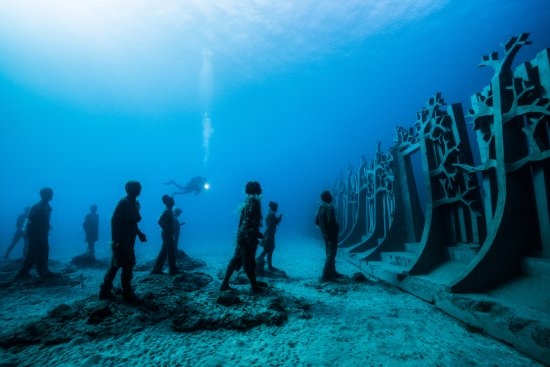 The moral panic engendered by the “invasion” of the new monstrified Ulysses(es) ought to be understood as integral to the guilt we feel towards the relations of power which are rearticulated along the abyssal line by means of the constant reproduction of statuses of inferiority.

This sense of guilt towards postcolonial injustice entails another important feeling, which is the desire to feel absolved or be estranged from that violence. This desire coats the guilt with victimizing discourses which do not allow identification with the new Ulysses(es) but, rather, prescribe an ontological distance with the subjects-in-motion, seen as devoid of subjectivity and voice. In this regard, compassion, guilt and solidarity activate discursive dynamics and silencing dispositifs that share a dangerous familiarity with the symbolic materials that were at the very base of both the civilizing mission and the humanitarian interventions to “rescue the good savage”.

Among these discursive dynamics, suspicion plays also a fundamental role. As in colonial times, the designated recipient of the civilizing mission is the subject who is conterminously positioned as a victim and a potential subverter, that is, a monster. Such is the case in that, whether s/he refuses or “exploits” the “humanitarian” intervention (that is, an act of further conquest and subjection), s/he will be perceived as an inherent threat to the (colonial) status quo.

In conclusion, the challenges posed today by the visual representations of the Middle passage is one that has to do with the very positioning of the subject who looks. Films, like multi-prized Fuocoammare, among others, contribute importantly to a reflection on some aspects of the Middle passage. None the less, the very core issue of an analysis of those representations have to do with the complicated relation between the feelings – namely, compassion, guilt, distance, suspicion and empathy – that the “vision” of such narratives of the Middle passage engenders. The relation between the humanitarian reason and the symbolic and emotional labour of the border regime that presides over migrations stands behind and shapes those feeling. While watching, the gaze gets caught and molded, guided towards particular interpretations. Today as always, to challenge the positionality of the viewer means to bring to light the silence working of the colonial epistemology that guides our gaze and that, as in the past, essentialises – along the lines of race, gender, class, sexuality, religion and nationality – what distinguishes Ulysses (Us) from the thousands of Ulysses(es) (Them).

In other words, to question the positionality of our gaze means to enable us to unravel the biopolitical labour of the abyssal line(s) and the worldwide temporal and shifting ontological differentiations and distances they pose.