“I had a group of mindless teenagers shout ‘coronavirus’ at me on the bus. If you don't think that's racist, you are part of the problem,” Michele Li, a young Asian social media user tweeted on Thursday. 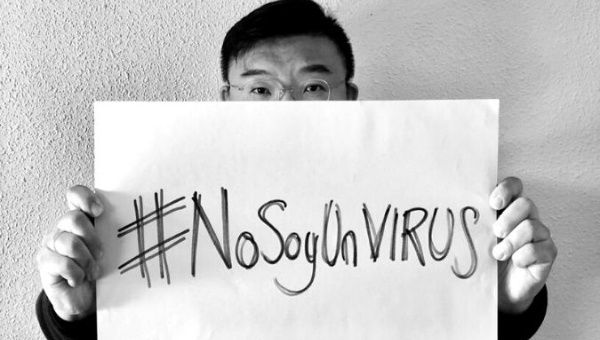 As the novel virus grabs headlines and countries set up preventive measures, Chinese migrants and of Asian descent have denounced a rapid increase in racist and xenophobic attacks against them across Europe, America and even certain countries in Asia.

“I had a group of mindless teenagers shout ‘coronavirus’ at me on the bus. If you don't think that's racist, you are part of the problem,” Michele Li, a young Asian social media user tweeted on Thursday.

The chairman of Asian-American Studies at San Francisco State University Russell Jeung told USA Today that "if you look at social media and some of the news, it's fear of the 'Yellow Peril' all over again," referring to a term after the Japanese bombed Pearl Harbor in 1941.

The hysteria has mainly come from the rapid spread of the 2019-nCoV coronavirus, whose cluster was initially reported on Dec. 31 has been linked to Huanan Seafood Wholesale Market in the central Chinese city of Wuhan. Authorities linked wild animals sold at the market as the likely source of the virus.

Since then, and as of Monday, there are nearly 20,000 confirmed cases and 426 deaths, all but one which has happened in China and the virus has spread to over 23 countries. On Thursday, the World Health Organization (WHO) declared it an international public health emergency.

However, for the Chinese Foreign Affairs Ministry, the U.S. has played a major role in caused fears over the spread of the virus by imposing travel restrictions and evacuations from China.

Washington has “unceasingly manufactured and spread panic”, Chinese Foreign Ministry spokeswoman Hua Chunying told reporters, noting that the WHO said on Monday there was no need for measures that "unnecessarily interfere with international travel and trade" in trying to halt the spread of novel coronavirus outbreak in China.

"'Coughing while Asian' is like 'driving while black,' something you get stereotyped for," the chairman of Asian-American Studies at San Francisco State University added. 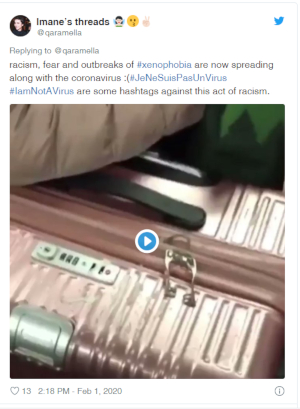 This media-manufactured fear of Asians has resulted in clear episodes of blatant racism and xenophobia. In France, the newspaper Le Courier Picard featured a front-page Sunday with the headline "Yellow Alert," hinting at the racist stereotype of Asians having yellow skin.

While far-right U.S. commentator Rush Limbaugh said Monday that the virus comes from the "ChiComs," a slur referencing the Chinese communist government. There have also been reports of violence against Asians in the U.K. and Europe.

Chinese restaurant owners in Ecuador have reported a significant decrease in sales as diners are afraid to get sick. “Customers no longer come to the restaurant since the coronavirus became known. They think we are going to infect them because we are Asian,” the owner of a restaurant told local media. 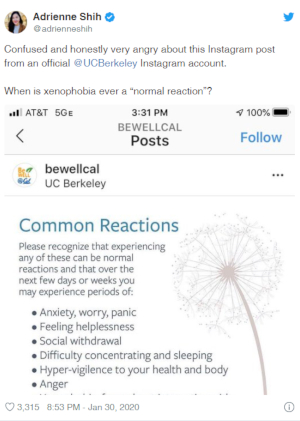 Even the University of California, Berkeley, where the student population is about 34 percent of Asian descent posted an infographic on their Instagram page listing a range of expected reactions to the virus, including that a common reaction could be "xenophobia: fears about interacting with those who might be from Asia and guilt about those feelings."

And Asia is not exempt as there are reports of anti-Chinese sentiments as well. South Korean restaurant owners have displayed "No Chinese allowed" signs and Japanese Twitter users made the hashtag #ChineseDontComeToJapan trend. In Singapore, more than 125,000 people have signed a petition urging the government to ban Chinese nationals from entering the city-state.

“The disease does not understand races or nationalities. #Iamnotavirus is the campaign we are launching to combat misinformation about coronavirus,” Chinese-Spanish lawyer Antonio Liu Yang announced Monday.

The campaign, which started in France, has now been translated into English, Italian, German and Spanish in order to curb the racism and ignorance surrounding the novel virus. 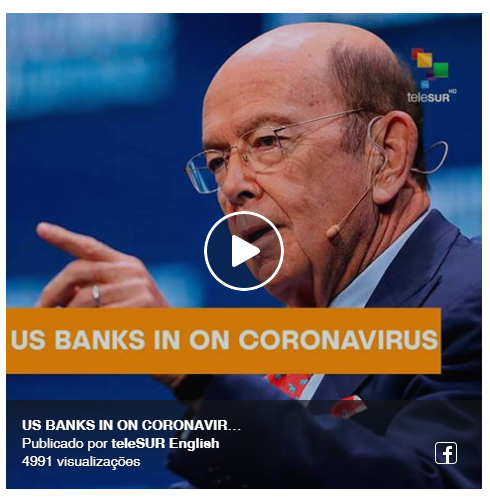